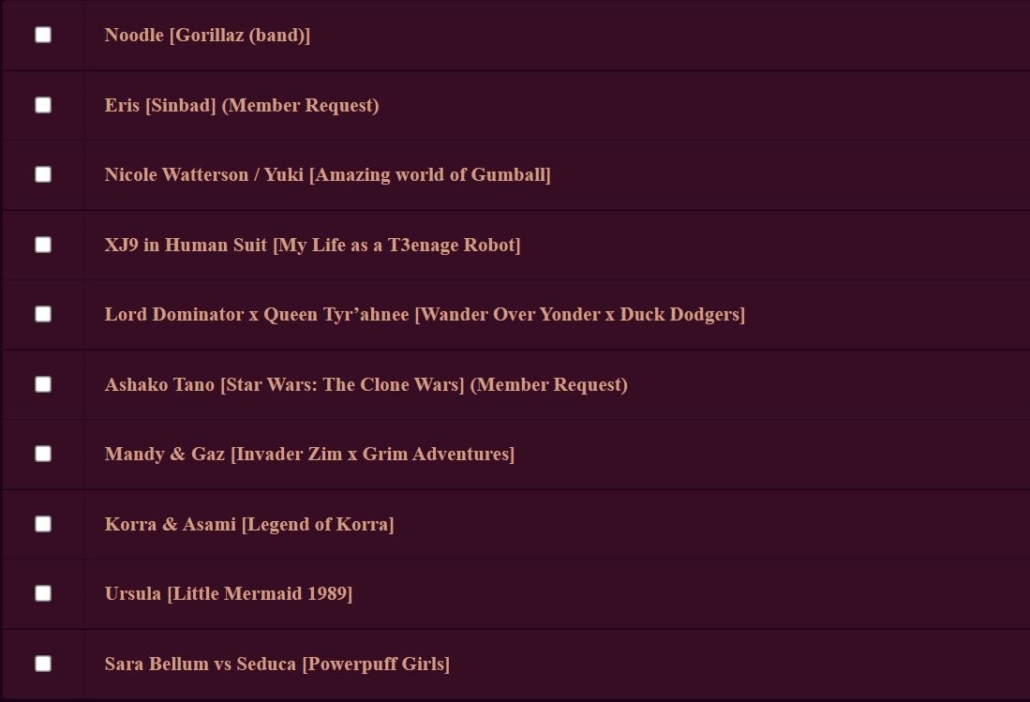 Ashako Tano [Star Wars: The Clone Wars] (Member Request) A butt focused pinup of her pressing against a wall in a shy manner and getting ready to be taken from behind.

Mandy & Gaz [Invader Zim x Grim Adventures] A pinup of aged up versions of the girls. Both of them are looking down at the viewer as if they are about to dominate him and they are dressed in revealing fem-dom clothing

Korra & Asami [Legend of Korra] I wish to do another Avatar bikini pinup while summer is still around. This time I want the both girls to be hanging out in a beach-side bar. Both girls would be in skimpy swimsuits. Asami would be drinking a cocktail while sitting at a bar stool with emphasis on her butt. Meanwhile Korra would be sitting on the bar table with her legs spread apart while Asami’s drink was between her legs. Korra would be giving the viewer a sassy look and pulling on her panties, while Asami would be amused by all this.

Sara Bellum vs Seduca [Powerpuff Girls] I wanna make make a cat-fight scene based on that episode where Seduca switched both identities. The fight scene would be very sexualized. Seduca would be pinned down on a coffee table with her jacked fully unbuttoned. Sara would be on top of her wearing a more revealing version of Seduca’s outfit.