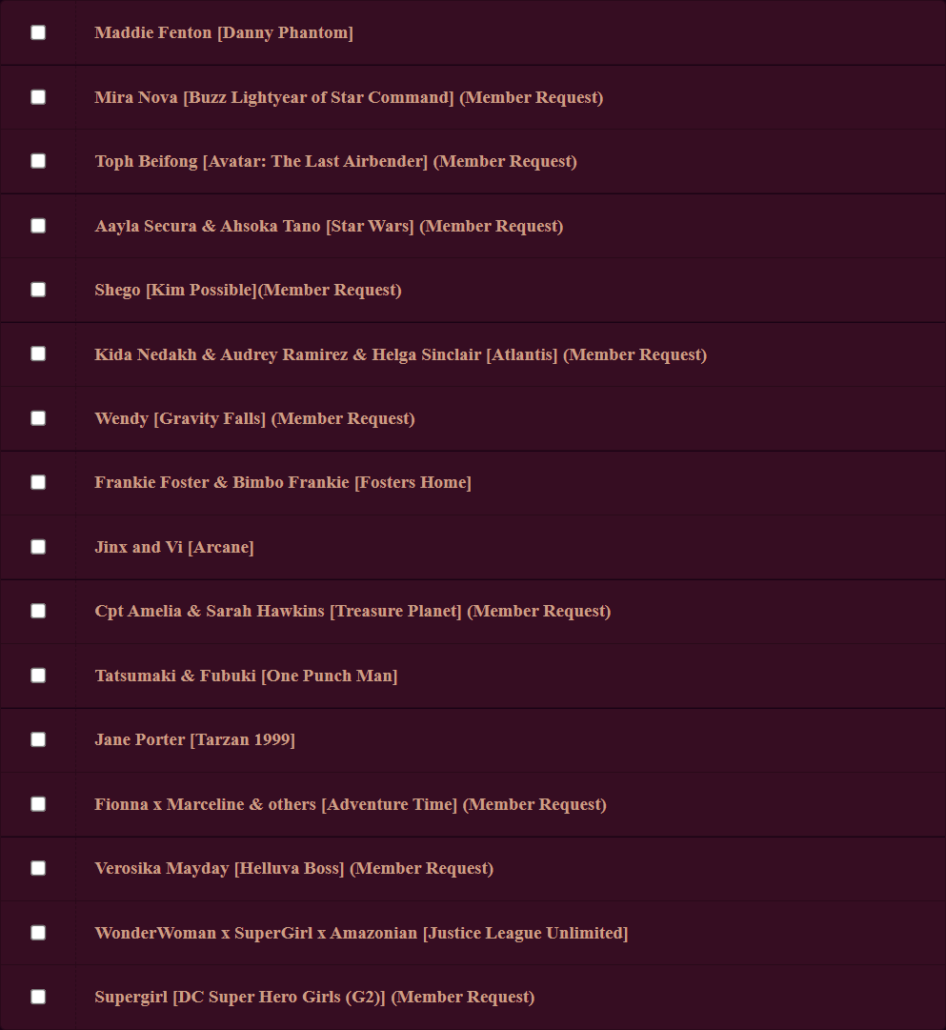 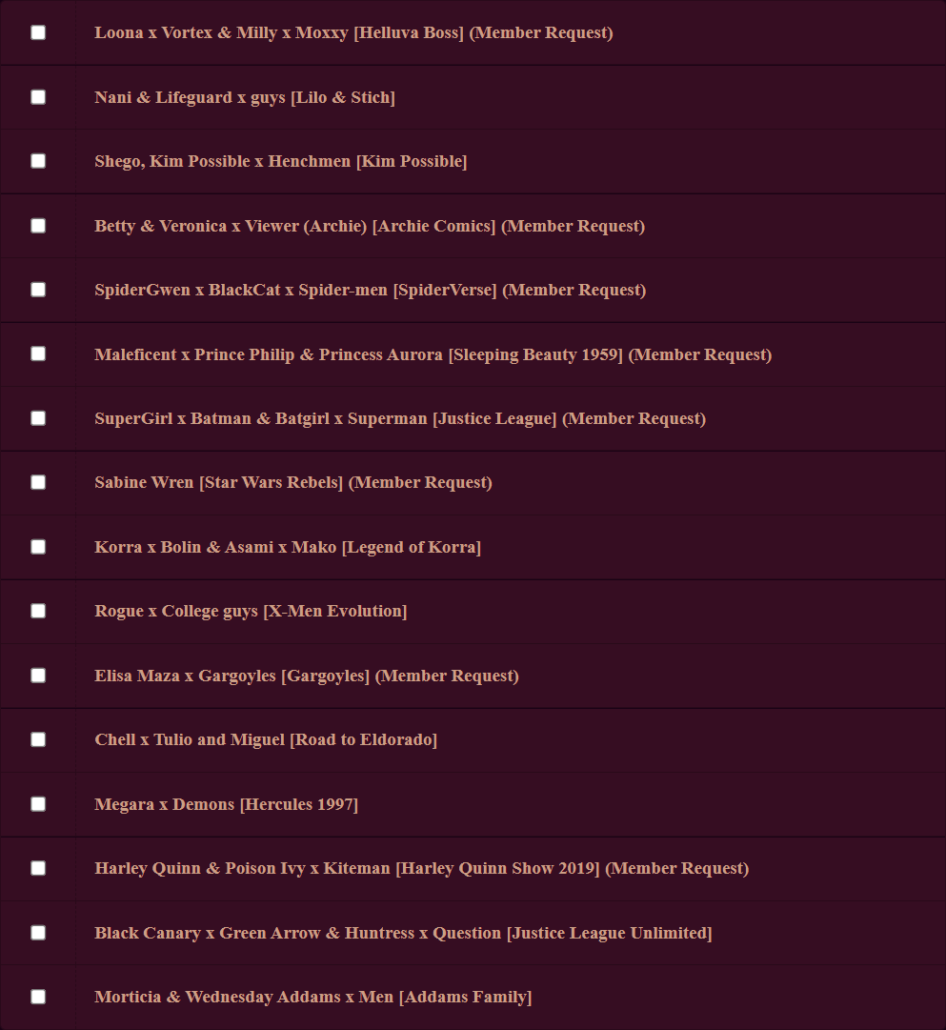 Mira Nova [Buzz Lightyear of Star Command] (Member Request) Pinup of Mira putting on her spacesuit as she is laying nude on her bach trying to fit in her suit one leg at a time.

Toph Beifong [Avatar: The Last Airbender] (Member Request) An aged up sassy tomboy Toph pinup of her showing off her fit ass and body after a workout.

Kida Nedakh & Audrey Ramirez & Helga Sinclair [Atlantis] (Member Request) A pinup of all three girls laying topless close together in a harem-like setting with Audrey in the middle blushing while being sandwiched between too bustier taller mature women.

Fionna x Marceline & others [Adventure Time] (Member Request) It will be a Beach Pinup involving at least 3 characters (More if time allows). In the forefront, the scene will be of Fionna being flustered while getting groped by Marceline in shallow water. In the background, I’ll add in Princess Bubblegum staring out of jealousy from the shore. If time allows I’ll also add FirePrincess and Huntress Wizard in the background.

Nani & Lifeguard x guys [Lilo & Stich] A part 2 to “Hire” where both girls are laying on beach towels and getting railed side by side by guys as the lifeguard is still showing off the perks of the job. Nani is visibly more shocked but is still enjoying it while having her head pressed against the lifeguard’s boob. The lifeguard herself is enjoying it in a more casual way.