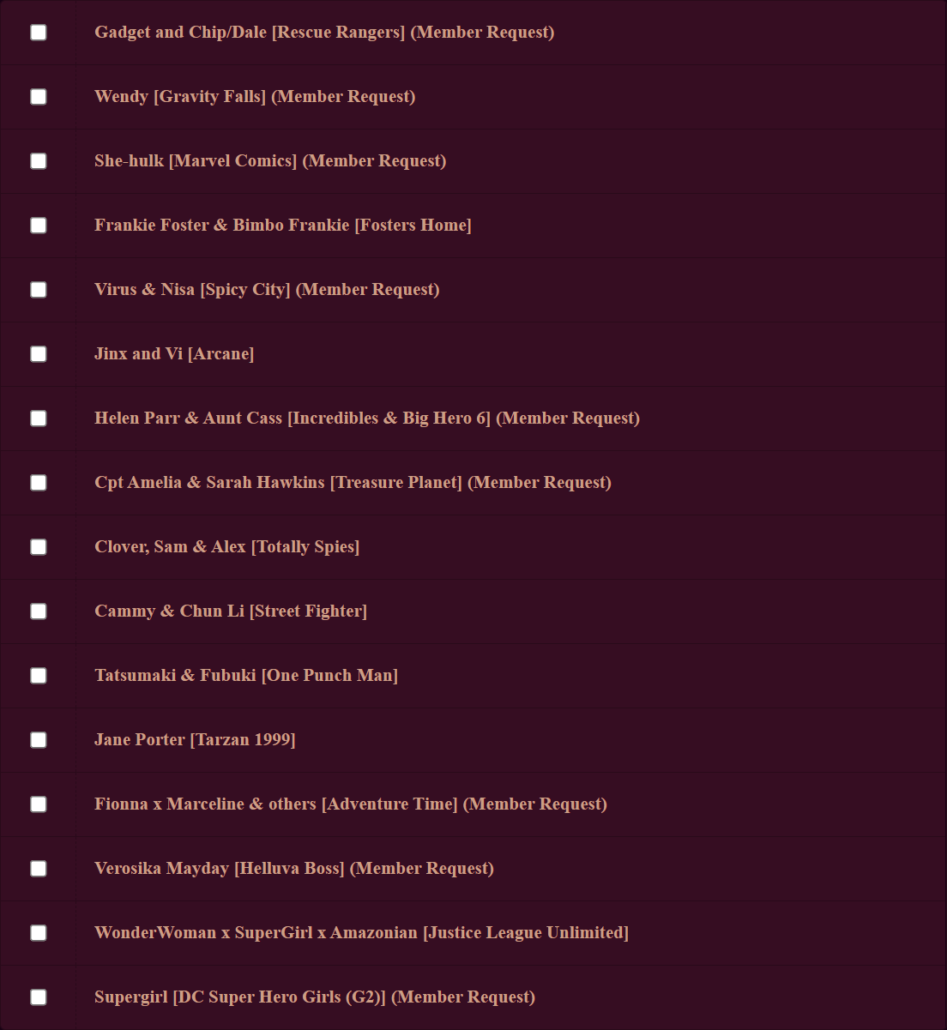 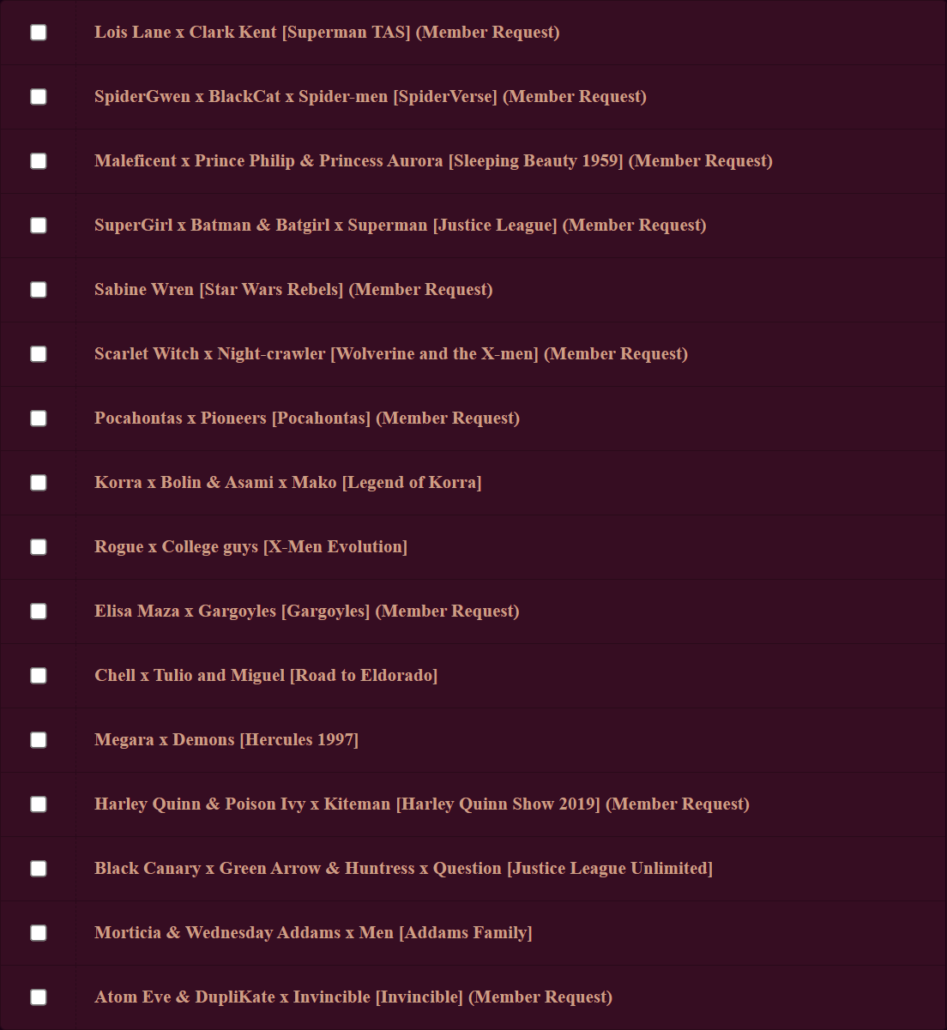 Gadget and Chip/Dale [Rescue Rangers] (Member Request) A butt-focused POV pinup from Chip’s or Dale’s perspective of Gadget as he accidentally walks in on her trying to change in her red dress spy outfit.

She-hulk [Marvel Comics] (Member Request) Based heavily on her 90’s comic lawyer aesthetic. It would be a pinup of her getting ready for the day as she drinking coffee and looking over a bunch of scattered documents while she’s still in black panties, stockings, garter belt and a white unbuttoned shirt exposing her breasts.

Virus & Nisa [Spicy City] (Member Request) A scene set in the aftermath of the fifth episode. It would be a pinup of them both caught off guard as someone walks in on them making out on top of one another topless on a desk.

Helen Parr & Aunt Cass [Incredibles & Big Hero 6] (Member Request) Kind of a non-explicit abstract polygamy fantasy pinup. A POV scene where the viewer walks in a room where both milfs have been chilling in untied robes and are now enthusiastically motioning to have sex like “Good morning, honey!”

Clover, Sam & Alex [Totally Spies] A butt-focused pinup where all 3 are lined up and looking back dressed in playboy-esque corset and fishnet stockings.

Cammy & Chun Li [Street Fighter] Pretty much a reboot of my drawing – “Stalemate”, but this time from a more dynamic angle and the composition would be of Cammy sleeping on top of Chun Li with her face mushed onto Li’s boobs. Also, Cammy’s ass would be very visible.

Fionna x Marceline & others [Adventure Time] (Member Request) It will be a Beach Pinup involving at least 3 characters (More if time allows). In the forefront, the scene will be of Fionna being flustered while getting groped by Marceline in shallow water. In the background, I’ll add in Princess Bubblegum staring out of jealousy from the shore. If time allows I’ll also add Fire Princess and Huntress Wizard in the background.

Lois Lane x Clark Kent [Superman TAS] (Member Request) A POV shot of someone walking in on Lois Lane as she is caught off guard in a middle of blowing Clark Kent.

Scarlet Witch x Night-crawler [Wolverine and the X-men] (Member Request) A POV shot from Night-crawler’s perspective as Scarlet gives him a boobjob.