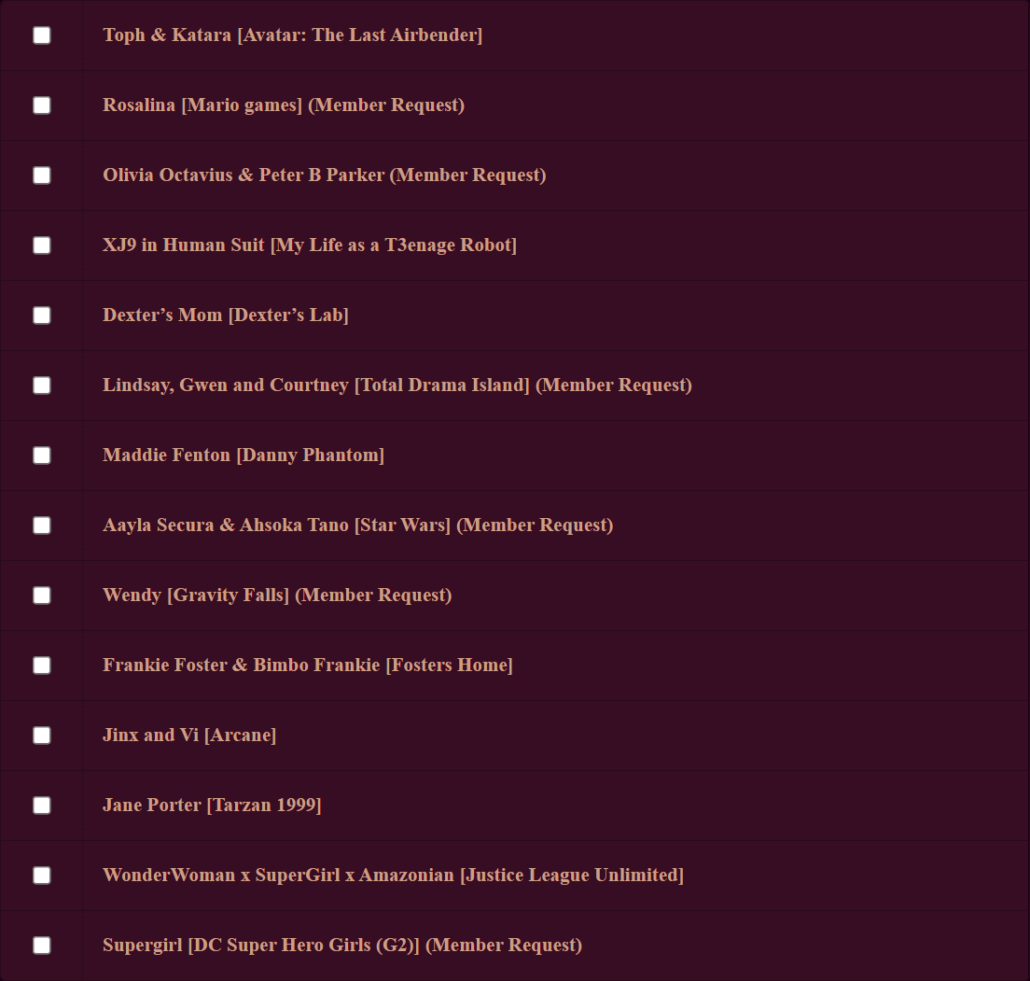 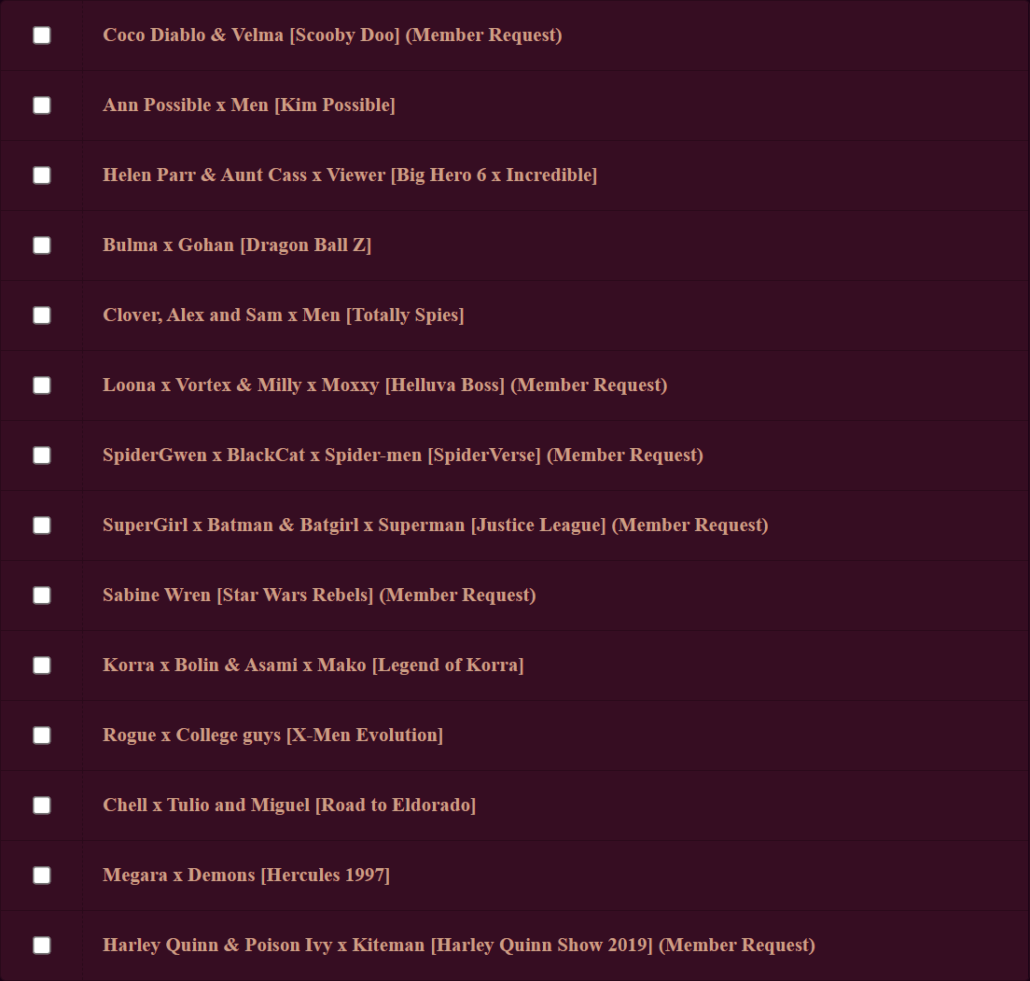 Toph & Katara [Avatar: The Last Airbender] I hope to make this a 3D VR drawing. A POV pinup of aged up fully nude Toph undressing and presenting Katara to the viewer as both of them stand in a water pond.

XJ9 in Human Suit [My Life as a T3enage Robot] A pinup where XJ9 is in her ginger human bodysuit and admiring herself naked in front of a mirror.

Lindsay, Gwen and Courtney [Total Drama Island] (Member Request) A POV of a hidden in a camera in the girls changing room as a nude Lindsey finds it and gleefully points it out to everyone who then turn to her shocked and angry while in state of undressing.

Coco Diablo & Velma [Scooby Doo] (Member Request) A scene Velma working for Coco as a lingerie model and really enjoying getting passionately fondled and grouped in the dressing room by Coco.

Helen Parr & Aunt Cass x Viewer [Big Hero 6 x Incredible] POV scene of the viewer getting a boobjob from Aunt Cass’s boobs as Helen is behind her rubbing them on the viewer’s dick.

Clover, Alex and Sam x Men [Totally Spies] A top down view of all the girls getting railed in their catsuits from the last pinup. Sam composed in the center as she’s being spitroasted and enjoying it. While Sam and Alex are reluctantly banging and blowing other dudes.

Harley Quinn & Poison Ivy x Kiteman [Harley Quinn Show 2019] (Member Request) POV scene from Kiteman’s perspective as Harley is reverse cowgirl riding him with her big ass, while both girls are making out and looking back at the viewer