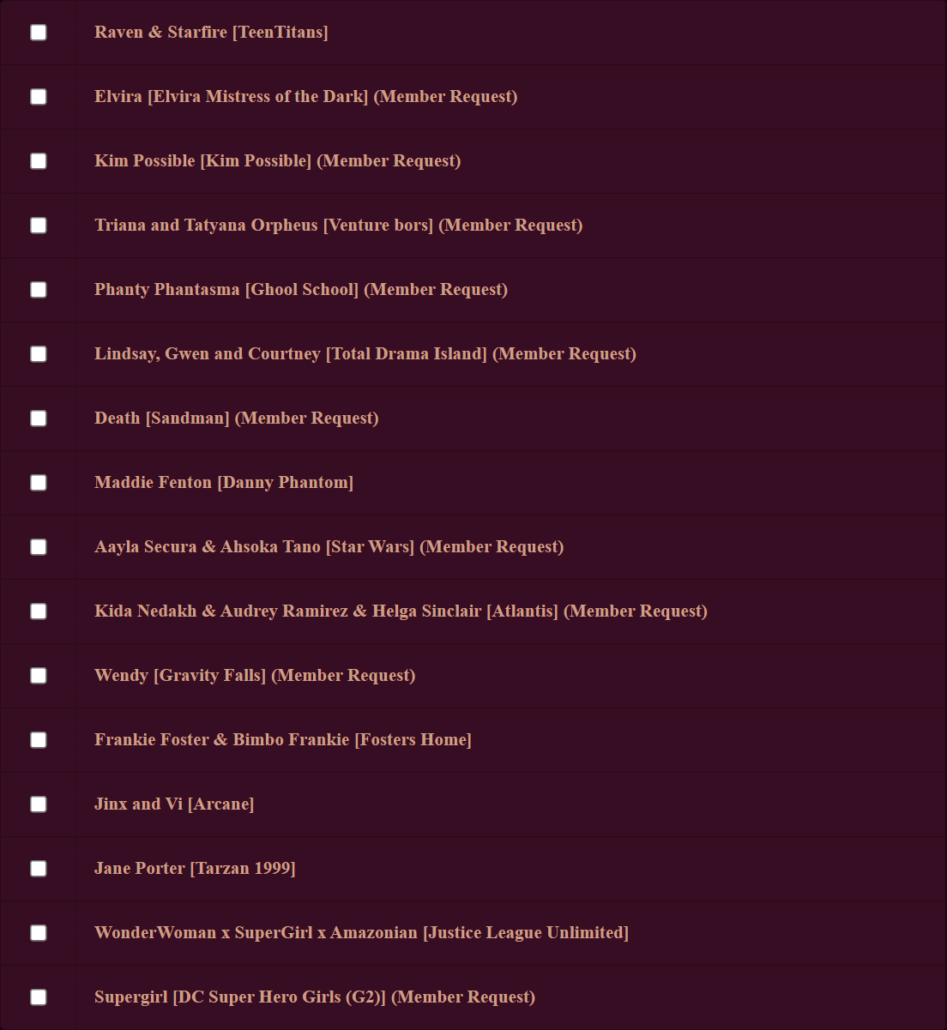 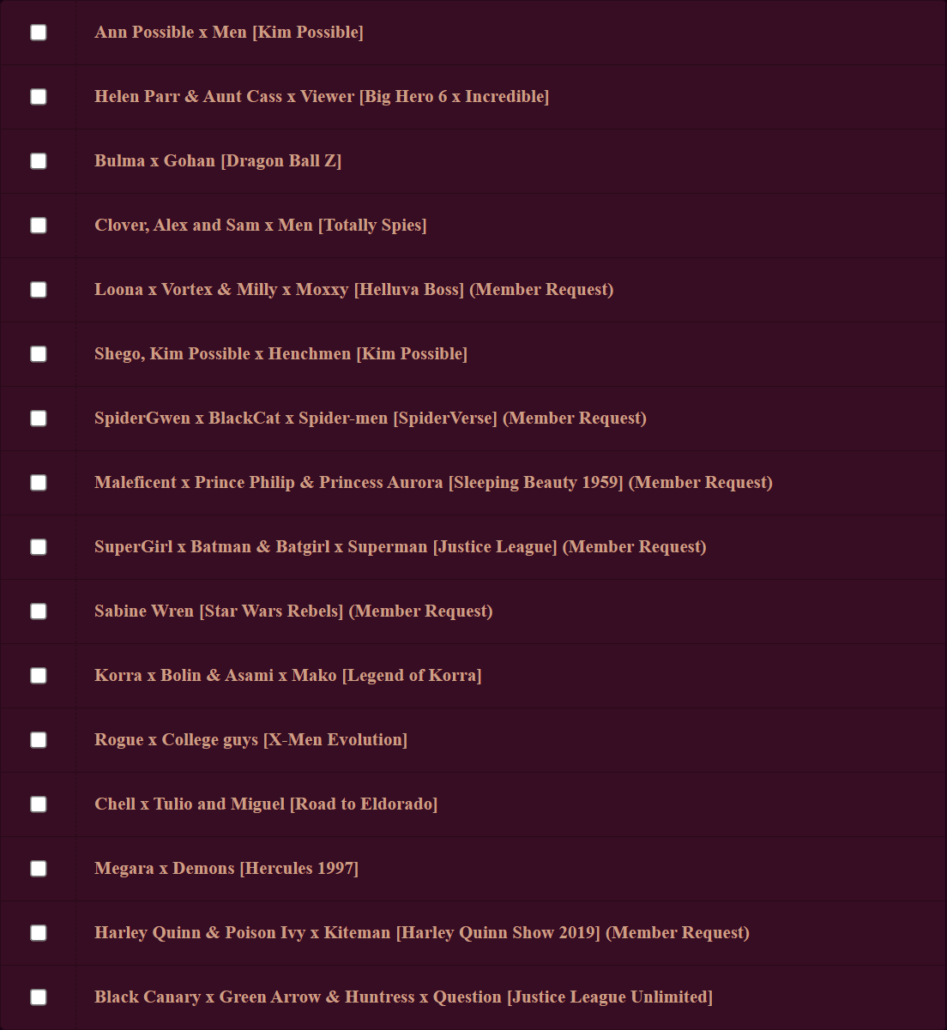 Raven & Starfire [TeenTitans] A part 2 to my last Raven and Starfire butt comparison, but this time it will be a comparison between both girls foundling each others boobs. Also I’ll do a raven boob-job animation if this wins.

Elvira [Elvira Mistress of the Dark] (Member Request) A busty pinup of Elvira laying nude with some lingerie in a cozy coffin as she invites the viewer to join her.

Triana and Tatyana Orpheus [Venture bors] (Member Request) A nude pinup Triana taking nude selfies against the mirror as she notices that Tatyana is watching her the door way behind her in a very revealing robe.

Phanty Phantasma [Ghool School] (Member Request) A pinup of her posing nude all bubbly on a graveyard tombstone.

Lindsay, Gwen and Courtney [Total Drama Island] (Member Request) A POV of a hidden in a camera in the girls changing room as a nude Lindsey finds it and gleefully points it out to everyone who then turn to her shocked and angry while in state of undressing.

Death [Sandman] (Member Request) A POV pinup of Death laying on your bad in a process of undress to console you on your path to afterlife.

Kida Nedakh & Audrey Ramirez & Helga Sinclair [Atlantis] (Member Request) A pinup of all three girls laying topless close together in a harem-like setting with Audrey in the middle blushing while being sandwiched between too bustier taller mature women.

Helen Parr & Aunt Cass x Viewer [Big Hero 6 x Incredible] POV scene of the viewer getting a boobjob from Aunt Cass’s boobs as Helen is behind her rubbing them on the viewer’s dick.

Clover, Alex and Sam x Men [Totally Spies] A top-down view of all the girls getting railed in their catsuits from the last pinup. Sam composed in the center as she’s being spit-roasted and enjoying it. While Sam and Alex are reluctantly banging and blowing other dudes.