This is one of many concept art posts for a “spookie” supernatural-themed NSFW Visual Novel Game that I’m planning on doing!
The game’s current working title is ESTATE OF THE LAID

While not actually related, they form a kind of a “big sis and younger sis” relationship. Both girls are also French.

Suzette or Suzy would be the “big sis”.

She is a vampire, but unlike Aamira she is a nosferatu, so somehow that makes her capable of changing her hairstyle overnight if needed…

She is also the more extroverted of the two and a bit of a fashionista and very musically and artistically talented and skilled.
Both girls will be like fishes out of the water because of their French origins, but because of her extroverted nature, Suzette will have a better time speaking English and it will be easier for her to make new friends.

When it comes to the people of the Estate, she will naturally develop a relationship with Dorothy, since both share interest in art and music, but Suzy is actually classically trained and very experienced. Since she shares a similar age demographic and both are from Europe she might also find a lot in common with Rainah too. 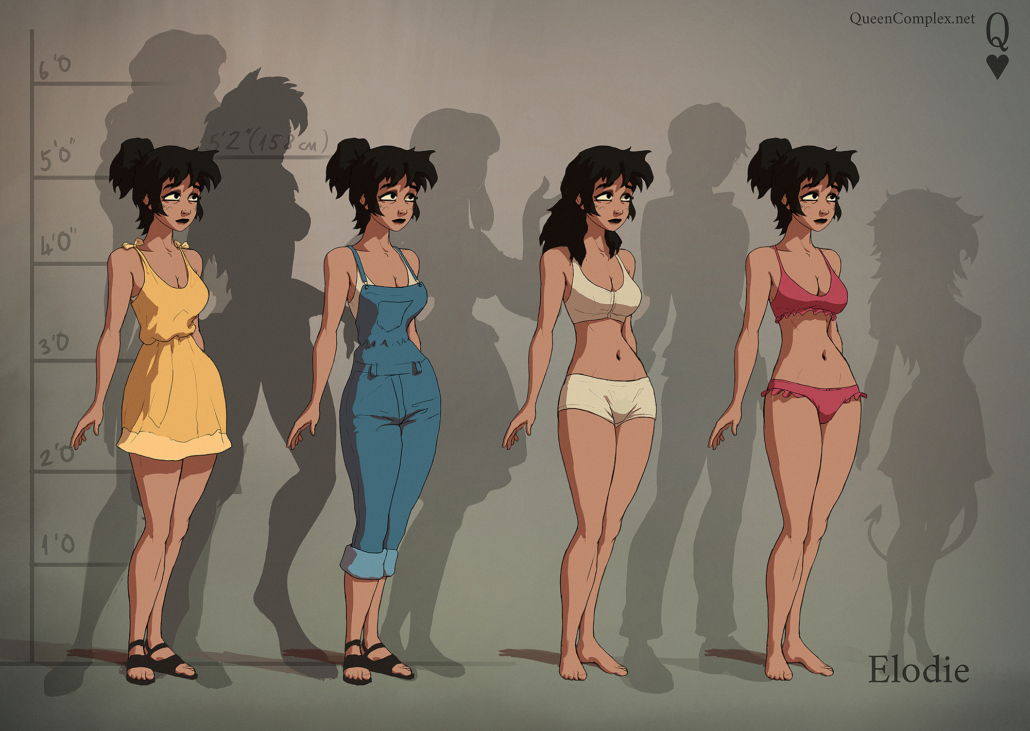 Elodie is the werewolf girl.

She is also the “lil sis” of the duo. Mostly because she is very shy, introverted and a bit neurotic. So as a shy French gypsy girl she has more trouble getting over the language barrier than Suzette and will be kinda co-dependent on Suzy.

I hope to make her come off very cute in her awkwardness.

As mentioned above she is the werewolf of the girl roster which is supposed to be ironic because of her being the timidest character.
For now, I don’t want to reveal the werewolf form (besides the silhouette in the concept art), but as the plot is right now, the MC will get to bang her in her werewolf form too.

When it comes to the people of the Estate, she would mostly interact with Janis. since both are more of the quiet types and a bit nature girls Elodie is able to help Janis a lot with gardening without the pressure of having to talk more than she can handle. She is also a bit tomboyish and physically active so she also might find that in common with Dorothy without needing to be very linguistically proficient. 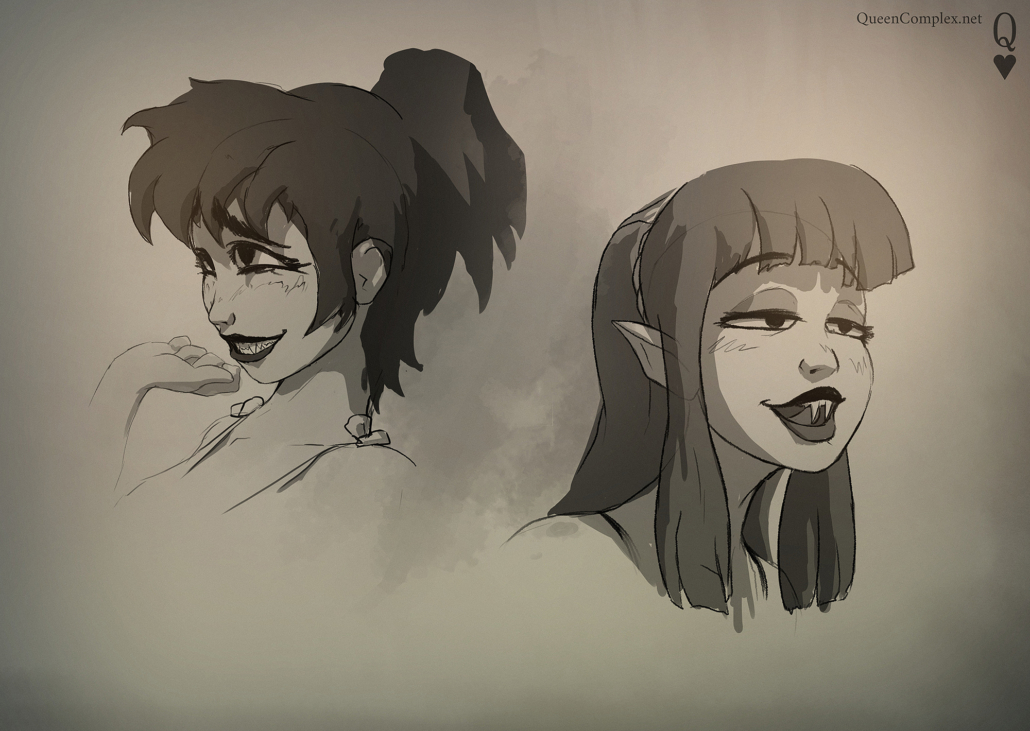 Just an illustration of both French girls’ dental profiles.

Elodie as the werewolf girl has wolf teeth, while Suzy has her vampire fangs closer to one another because she is a nosferatu.